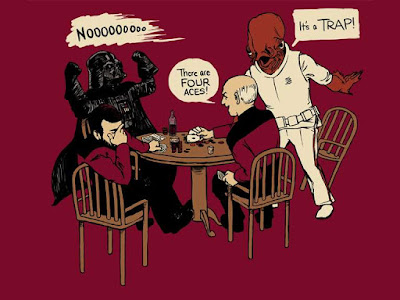 I sometimes talk about the theme rounds at the weekly show.
Some weeks the connecting thread is . . . weak.

Other weeks we have this masterpiece of question writing:
There is a great link here.
The only answer you need to know is that the phone is the Droid Turbo 2.
With that, you can use Droids, Dark Side and Force to easily discover a great theme.

Honestly - guess a theme on every third question - hell, EVERY answer.
There's no rule against it.

Also - make sure you check the hints.


Of no relevance, I am looking forward to Legends of Tomorrow.
Of some relevance, I found an article at that site and one at another that may help you become a legend tonight.
(but probably not.)

What's Rule 34 of the internet?
What about the 34th Rule of Acquisition?

Answer both, IN PERSON, after 7:50.
Remember, this is the NO-BOOZE WINNING quiz.
Check Frank's Facebook page for the shotworthy question!
Excelsior!
-tpn!