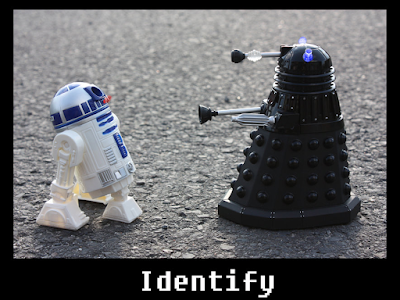 Long week - brain not braining, so it's just pictures today.

Today is the birthday of an actor who rose to fame for his roles in Hammer horror films playing Dr. Frankenstein, Sherlock Holmes and the vampire hunter Dr. Van Helsing.  He went on to play the title character in the cinematic debut of Dr. Who*. Who is he? 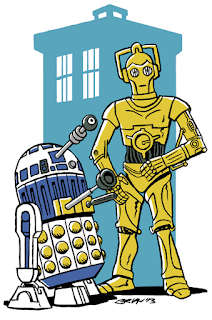 ALSO:
We have a new entrepreneurial venture from one of our very own Triviators:
Kendra of Team Shiny

She's selling Tupperware.  I'll crack jokes about it, but it's convenient, light, and built to last.  I have Tupperware that belonged to my parents in my kitchen that is still in regular use. 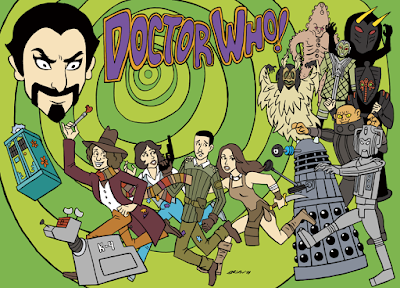 If you appreciate well constructed plastic kitchenware (and more!) check out her site at by clicking here. There's a heck of a lot more than just "burpable" containers.

I'll have a few citrus peelers available on a first-asked basis, if you're interested. 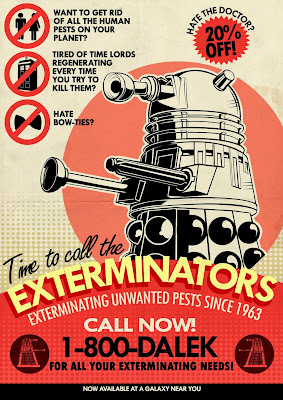 Short on time, so it's quick tonight.

Baxter's is excited to announce: 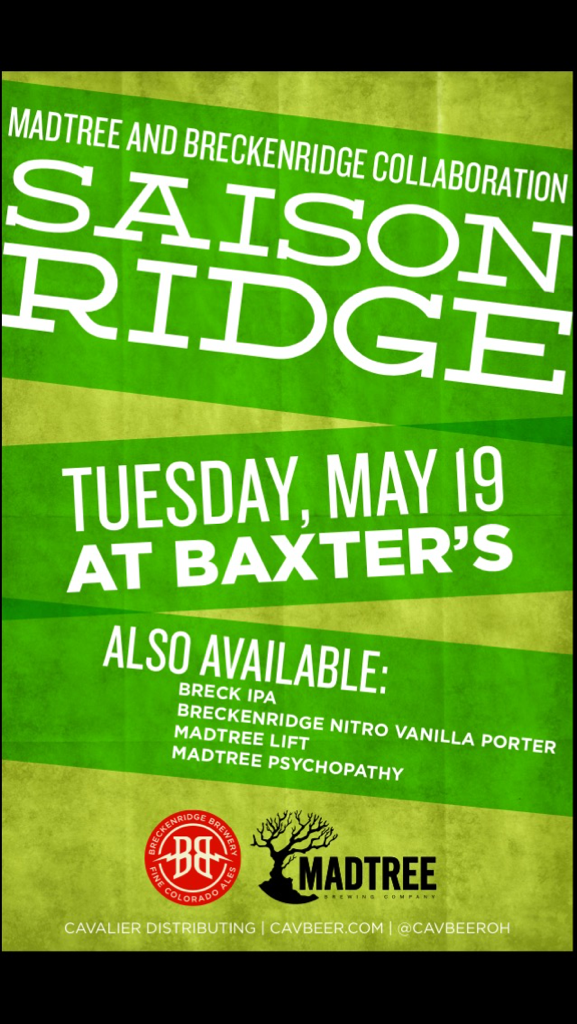 THE TAPPING OF SAISON RIDGE

Try it, or a selection of many other wonderful beers tonight!


This week's prestige quiz is about time:

What fraction of time is a picosecond?

Robert Reed was the man who played him for 5 years, and by all accounts he thought the show was terrible.  He even wrote long memos to the producers that tried to explain exactly how horrible the show was.

He was ignored, but wound up annoying the producers so much that he was written out of the final episode.

Despite all that, he was reportedly a gem to his fellow actors, and came back to almost every Brady sequel.  He broke his contract in a New York play to act in The Brady Girls Get Married saying "No one is going to marry off my two oldest daughters but me."

This week's prestige quiz is about an alternate universe Brady Bunch:

Robert Reed, TV's Mike Brady died on this date in 1992.  If you ever watched the show, it's almost impossible to imagine anyone else in the role, but Reed was producer Sherwood Schwartz's second choice for the role.
Who did Schwartz originally want to play Mr. Brady?

The top three winners all finished above 75 points, and ALL THREE are new teams!

Don't let BritPat's position at the bottom fool you - They are a force with which to be reckoned! They enjoyed their night, and only answered about a third of the questions.  The ones they answered were either correct, hilarious, or both.

I have enrolled most of these teams in the LEAGUE, but Los Baguettes and the BitchBabies managed to ignore my pleas to sign up.  Please give me your email addresses next week!

Email ThisBlogThis!Share to TwitterShare to FacebookShare to Pinterest
Labels: Baxter's, recap, the butt

Ancient Astronauts Made Me Love Trivia

originally posted here. Written by me.


Some of you may recently have seen the startling evidence which reveals that Yoda actually visited Earth in the Middle Ages, and got to know some manuscripting monks well enough to sit for an illuminating portrait: 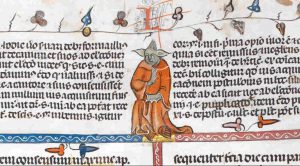 This Medieval Polaroid comes from Smithfield Decretals, a 14th-century manuscript that is part of the collection of the British Library. NPR has interviewed the Curator Julian Harrison, who they quote as saying: “It’s actually an illustration to the biblical story of Samson — the artist clearly had a vivid imagination!”

We here at the Akron Triviators know the truth.

Earth has been visited by aliens repeatedly and continually throughout our history.

(Sarcasm.  Honestly!)
Older geeks may remember the Time-Life Mysteries of the Unknown, an essential guide to the world of the odd, the weird, the occult and the unexplainable. The books were a formative experience for me as a budding collector of trivia, teaching me about the truth of things that were neglected in school – crystal skulls, Area 51, the Face on Mars, Lysenkoism,the Bermuda Triangle, the Hollow Earth, the Flat Earth, parapsychology, tripsychology, and quadrophenia. 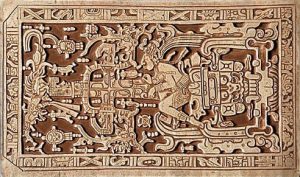 The one that blew me away as a kid was Erich von Däniken, author of the nutball volume Chariots of the Gods.  In it, von Däniken claimed that practically *every* wonder of the ancient world was created by (you guessed it!) – ALIENS.  Pyramids, Easter Island statues, Ohio’s Serpent Mound, and everything else that wasn’t created by Europeans must have come from SPAAAACE!
Needless to say, he made it all up, and even possibly stole ideas from H.P. Lovecraft.
He is the spiritual forefather of this guy: 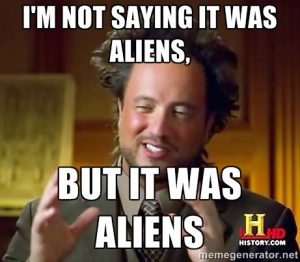 Even as a budding young geeklet, I was always skeptical of these claims, but I devoured everything I could find on subjects like this. I took out the entire Mysteries of the Unknown from the library, and read about every other fringe movement and conspiracy theory.  When The DaVinci Code came out, I could be counted on to be one of the folks who immediately accused Dan Brown of ripping off Holy Blood, Holy Grail. I read every oddball LaRouche pamphlet that claimed the US government was secretly under the control of the  Illuminati.  It never made me a believer, but it made me fascinated about real history, and the odd facts and cool stories that have been happening to humans for all of our time here. It taught me to love trivia.
However, on some level, I have a bit of Fox Mulder in me: 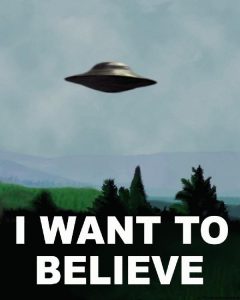 Email ThisBlogThis!Share to TwitterShare to FacebookShare to Pinterest
Labels: for Last Call, the butt

and that means today is: 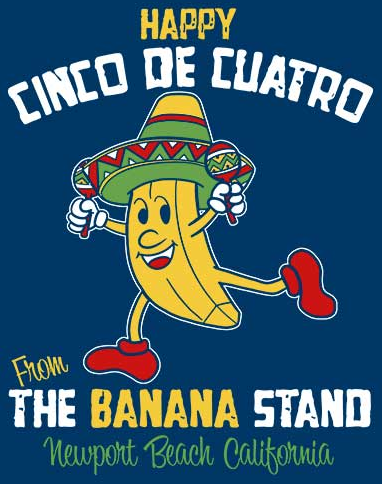 but it ALSO means:

Another night of Trivia, downtown at Baxters!

If you are there early, check out their amazing happy hour from 3 - 7 pm:
$5 drafts
$5 wine per glass
$5 house cocktails
1/2 price appetizers

And then their great Cinco De Mayo specials:

Also, if you're reading this on Monday, it's Star Wars Day. 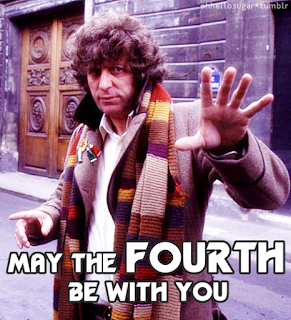 Since Tuesday's show is on Cinco de Mayo, the prestige question's all about it:

Cinco de Mayo is NOT Mexican Independence Day - that's on September 16th.
It actually celebrates an important battle that took place in the 1800's.

Who did Mexico defeat on the original Fifth of May?
Pizes for all entries!
Slightly better prize for the randomly picked winner from correct entries.
All entries in by 7:55pm.


Also, check out the other question on Baxter's FB Page. 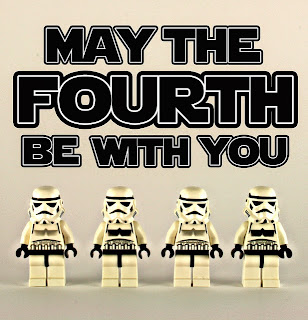 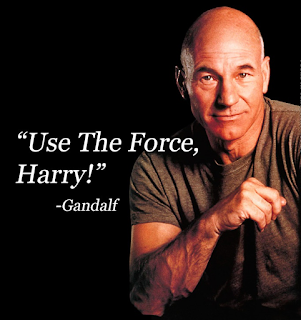 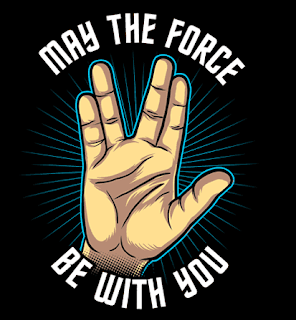 
That's right.
It's the first of May!

International Workers' Day, also known as Labour Day in some places, is a celebration of laborers and the working classes that is promoted by the international labor movement, anarchists, socialists, and communists and occurs every year on May Day, 1 May, which also coincides with the Celtic spring festival.[1][2] The date was chosen for International Workers' Day by the Second International to commemorate the Haymarket affair, which occurred in Chicago on 4 May 1886.[2] This Day has its origins in the labour union movement, specifically the eight-hour day movement, which advocated eight hours for work, eight hours for recreation, and eight hours for rest.[3]
Being a traditional European spring celebration, May Day is a national public holiday in many countries, but in only some of those countries it is celebrated specifically as "Labour Day" or "International Workers' Day". Some countries celebrate a Labour Day on other dates significant to them, such as the United States which celebrates Labor Day on the first Monday of September.

Or, if your prefer, you can dance around a maypole.