Half of the living Beatles can't party at the Grammys.

The Doctor could be evil.

Some news that's been on my mind.

It's cold out, and there is weather.
It snowed yesterday, but should be clear tonight.

Frank's is open, and we'll be there.

Tonight's question:
Molotov Cocktails are named after the Soviet foreign minister Vyacheslav Molotov.
Who named them, and during what war were they named? 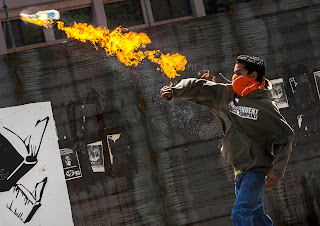